London’s tech scene is really buzzing. Tech City, centred at 'Silicon Roundabout' in the east of the capital, has acted as a magnet, drawing in entrepreneurs, talented developers and serious investors. It can fairly lay claim to the title of Europe’s digital capital and will host many of the industry’s biggest movers and shakers in London Tech Week.

But London shouldn’t hog all the glory, as there is a host of other hot tech hubs in cities around the country. A study last year by the National Institute of Economic and Social Research suggested that there are now at least 270,000 tech firms in this country.

TechBritain has identified 32 'tech clusters' around the UK, including Liverpool, Edinburgh, Cambridge, Newcastle, Bristol and Brighton, which are each home to dozens of tech startups and related entities. Although only a few miles from central London, Croydon is developing its own vibrant tech scene, with a number of startups deciding to locate there.

The speed with which the UK tech scene has evolved is shown in the Sunday Times Hiscox Tech Track 100, which charts the rising fortunes of the leading tech firms. When the first ranking was published in 2001 software developers were in the ascendant, but in the past couple of years, digital media and marketing firms and online sales apps developers have dominated.

The challenges of disrupting a market

Opportunities abound for smart new ideas, and as one of the biggest insurers in this sector, covering over 31,000 tech companies in the UK and Ireland, we’ve worked with lots of exciting startups that are disrupting their markets.

That has given us first hand experience of the risks new tech firms face. We’ve seen a steady increase in breach-of-contract claims, which last year made up more than half of our overall claims from tech firms.

Often they are due to a simple, but fundamental, misunderstanding between the buyer and seller. The client thinks it is buying A but the tech firm believes it has been asked to provide B.

That can be due to the project’s specifications being changed (perhaps more than once) after the contract’s been negotiated and work is already in progress. It’s easy for wires to become crossed in those situations, so it’s important that you and your clients are both on the same page about what the final product should look like.

Landing your first big client is the moment when every startup thinks it has arrived. All your hard work has finally been rewarded with some hard cash. But you need to go through the contract first with a fine toothcomb before signing on the dotted line.

Big companies will often have standard terms and conditions in their purchase agreements, which may impose warranties or liabilities on your firm which could create hefty hidden costs that you hadn’t bargained for.

The power – and threat – of new ideas

Also, not everyone will welcome new ideas. Tech firms jealously guard the programs and systems they believe give them an edge over their rivals and will not hesitate to sue those who they think are imitating them.

You may think your program looks and works completely differently from those of your competitors, but it doesn’t mean you won’t be forced to prove that in a court. It’s wise to make your new product look distinctive. Also, it’s important to log and store all the different versions of your software’s source code, in case you’re ever requested to prove it’s all your own work.

The potential pitfalls, though, are simply a reflection of the tech industry’s rapid growth as well as its rich potential. There’s never been a better time to launch a tech startup, and there is a growing tech ecosystem across the country to help nurture fledgling firms. I’m really looking forward to hearing what new ideas come out this week and celebrating one of this country’s most vibrant industries. 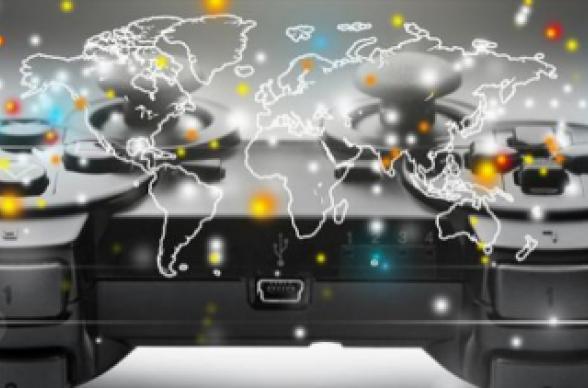