Sue Llewellyn has been responsible for designing and leading most of the social media training rolled out across BBC.

What was your favourite ad back in 1995? It’s fair to say a lot’s changed since then in the ad world.

"We buy high quality steel rods and make fine quality needles, to be ready for use at home in no time," declared an advert for Jinan Liu’s Fine Needle Shop. As advertising straplines go, it hardly sticks in the mind – although it is certainly to the point (sorry…).

Nonetheless, it does have one remarkable attribute; it is over a thousand years old. Produced on a copper plate for printing advertising posters appearing sometime during the Chinese Song dynasty (960-1276 AD), it is believed to have been one of the first printed adverts.

It can’t claim to be the first advert, however. The Egyptians were using papyrus to create advertising posters long before Jinan Liu, and the Greeks and Romans were no strangers to the concept of advertising.

Are we living through the greatest advertising revolution in history?

Arguably though, mass market advertising, as we might understand it today, truly arrived in the 1700s with the first newspaper adverts, to be followed in the 1800s by billboards, the set-up of ad agencies, and then the 1900s with the noisy arrival of radio and then television.

Despite the pace of change with radio and TV, could it be that the last 20 years has seen one of the greatest advertising revolutions as online marketing has come to dominate first our computer screens, and now our tablets, phones and even watches?

We take a ride down ad land’s memory lane to look at a few of the most memorable campaigns over the last 20 years. 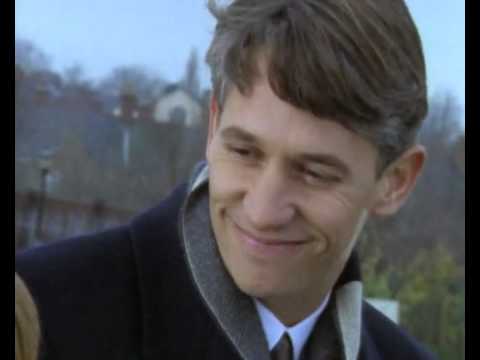 One of the most popular ads of 1995 – and the start of a series still going strong today – the Walkers Crisps TV advert (external link) was all about celebrity endorsement.

England footballer Gary Lineker, fresh from a stint playing abroad, returns for a sentimental trip down memory lane in his home town of Leicester. There’s a sting in the tale however as Lineker upsets his Mr Nice Guy image.

The concept: Gary Lineker is filmed returning to Leicester, then upsetting the ‘good guy’ image by stealing a little boy’s crisps 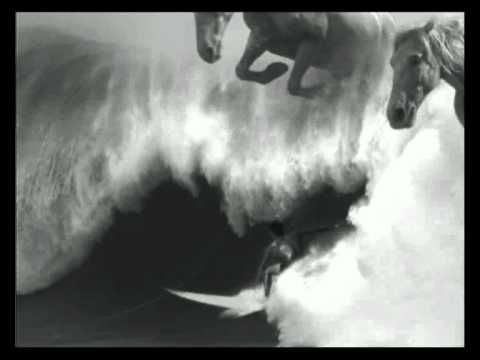 Judging that it takes up to two minutes to pour the perfect pint of Guinness, this award winning ad (external link) filmed a group of surfers waiting for the perfect wave. Again, it was primarily made for TV.

The message: Good things come to those who wait

The concept: Surfers tackle a huge wave that appears to transform into real white horses – only one surfer survives

How do you define what is beautiful? Dove waded into the debate with their ‘Campaign for Real Beauty’ (external link)which, following research that revealed only a small fraction of women would describe themselves as being beautiful, aimed to change people’s perceptions about beauty by using ‘real’ women in a high-profile advertising campaign.

The message: Women’s uniqueness should be celebrated, while anxious thoughts about physical appearance can be transformed into a more confident attitude

The concept: To change women’s views about the definition of beautiful, non-models of all different sizes and ethnic backgrounds are pictured dressed in their underwear

Channels used: Billboards, print magazines, also online advertising where people had the option to respond to adverts by ticking a box according to a series of statements such as ‘flawless or flawed?’, ‘oversized or outstanding?’, ‘fit or fat?’ 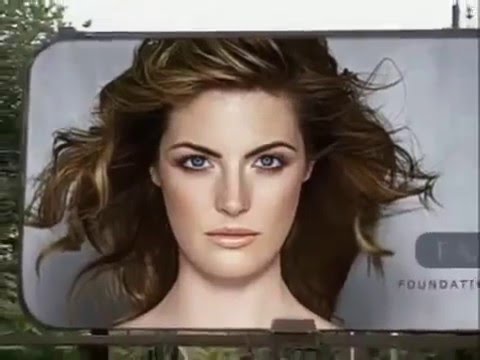 Dove again and with no money to spend on a big TV campaign, or on production and media, the idea, still under the ‘Campaign for Real Beauty’ umbrella, was to produce a series of short videos that challenged the idea of the modern day perception of beauty.

The ‘Evolution’ film (external link) showed a woman sitting down without make-up and then being gradually transformed until her ‘finished’ face – having been made-up and digitally manipulated – appears on a billboard.

The message: Today’s media definition of beauty is not attainable

Concept: Short film of a woman’s face being transformed for use in an advert

Carrying on a Christmas tradition of adverts arguably started by Coca-Cola and their Christmas truck of 1995, John Lewis launched their eagerly anticipated Christmas ad (external link) in early November 2014.

And while it might be a TV ad, John Lewis put their digital strategy first by previewing the ad on You Tube after unwrapping the concept first via Twitter with its very own hashtag – #montythepenguin.

The message: Give someone the gift they’ve been dreaming of this Christmas

Concept: A child sets out to find his imaginary penguin pet a mate

Channels used: Online (including Sam & Monty’s 360° Panoramic World, a virtual world for children to explore), Twitter, You Tube, Facebook (over 8,000 likes at last count and the video shared more than 156,000 times), TV, a children's book and in-store

Monty toys, and a 3D scanner – Monty’s Magical Toy Machine – in John Lewis stores allowed children to scan in their own toys and interact with them.

As these examples show, in the last 20 years advertising has gone from a largely passive activity – where the public is shown products and services – to an altogether more immersive experience.

Advertising has moved from tell, to show, and today, it’s all about involvement. Will the next 20 years be just as revolutionary?

Milk Tray? Flake? Ronseal? Share you favourite ads from over the years in the comments below

For more from this series visit our Media in Focus hub