How have different generations of your family changed your firm?

By the time my grandfather came into the business after the Second World War, the company was selling socks across the UK. He was in Ireland on a business trip when he met a buyer for Brooks Brothers [the US clothing firm]. The buyer came to visit the factory in Wales at my grandfather’s invitation and placed an order after that. That was when the firm started to export, and the business quickly grew.

My father, who joined the business in the early 1960s, had an interest in knitwear, and so the business started to make jumpers and cardigans, which also helped the company to grow quickly. Today, the business is pretty much a 50/50 split between knitwear and socks.

When my sister and I took over the company, it made socks for other clothes makers under their names. If they turned around and told us they were going with another supplier because they were cheaper than us then we lost all of that business. Customers didn’t know that we were actually making the sock, so that’s why we thought it was very important that we put our own brand name on them.

Also, we wanted to target a younger audience and to make more designer garments, so we improved our branding and we insisted that the socks we make go out with the Corgi brand on them. Our biggest selling point is that our socks are made in the UK, and so our customers know when they see the Corgi brand that they will get good-quality garments.

Was it always the plan for you to join the family business?

It was always my intention to work here since I was little, when I used to come down here and help out during the school holidays. But it wasn’t my sister’s plan originally. She went off to become a fashion designer, and then she worked as a buyer for a big clothes firm, before she decided that she wanted to move home and join the family business.

How does it work, running the company with your sister?

It works fairly well as she focuses on the design and quality of the garments, and is responsible for sales, particularly on the knitwear side, whereas I’m focused on the management and accounting side of the business. So we tend to keep to our different areas – Lisa won’t do budgets and I can’t design a thing.

Has the firm had to adapt to survive?

Corgi’s never got too big. When Dad was running the company it stayed a niche manufacturer, so we’ve always remained at the top end of the market. In recessions, we’ve found that it’s the middle of the market that always gets hit really badly, whereas we always tend to do pretty well because we make very high-quality garments. Buyers from the designer fashion brands will place an order for our knitwear without even asking the price. If they like the garments cost isn’t an issue for them.

By remaining niche and small I think we’ve probably survived where others haven’t during economic ups and downs.

What in your opinion is the state of British manufacturing?

I know there are companies that are going out of business, and the big problem when that happens is that you lose those skills forever. But “Made in the UK” is a great brand. We’re starting to do business with the Chinese, because they want to buy products that are made in the UK as they are known for being great quality.

At the top end, the state of the market is very good. But at the mass production level it’s very hard to compete, because labour costs here are so much higher here than in other countries. I don’t think it’s even worth us in the UK trying to compete on price – we should just concentrate on quality. There’s no other country in the world better at producing high-quality goods than us.

What has been your best management decision?

There have been two. Starting to manufacture under our own brand. We lost a couple of customers at first, and agreed with a couple of others to sell under a joint brand name, but about 95% of the socks today we sell are branded Corgi. Now, customers look for our socks, because they know our name and the quality of our products.

Also, introducing a fine-gauge sock. We’d always made a heavyweight sock, the kind of sock you’d wear at weekends, but now we’ve gone into making everyday socks, which has opened up a much bigger market for us.

Those two decisions have helped our company grow 300% over the last four or five years.

What was your worst decision?

Due to complications some building work we had done on the factory a few years ago ended up costing significantly more than we had budgeted for. It hit the business hard and we expected it to take some time for us to recover financially. It has undoubtedly set the company’s development back somewhat but we’re over the worst now and are starting to move forwards.

About a year before the incident we asked our friends, who run the glove company Dents, to invest money in our company. It was very lucky, as Dents helped support us through the bad times otherwise we wouldn’t have got through it.

How important is courage in running a small business?

I suppose it is, but I think there are different levels of courage. At one point my father and uncle put their houses up as collateral to keep the business going. But I wouldn’t do that. If my business were in trouble I wouldn’t risk my house as well.

But there were some months in the early days when we couldn’t afford to draw a wage. We were prepared to do that because we were confident that we could put the problems right.

Your relationship with Prince Charles seems to be more than a VIP client?

We’ve had our Royal Warrant since 1988, and when he visited our factory at the start of 2015, he told us that we were his favourite sock company. We’ve collaborated with Prince Charles on a range of socks to match his regimental ties, with part of the proceeds going to charity. He has been very involved in that and he has really helped us to promote it. The warrant is more than just a badge. The Prince shows a real interest in what we’re doing. I often receive emails from his assistant asking me how we’re doing and how his range of socks is selling.

What are the secrets to success?

Hard work. My sister will often come in to the factory early in the morning, while I’ll often work until one or two in the morning.

You’ve also got to make sure that you have all the right skills within the company. If you’re a good designer then you need to work with a good manager. I’ve seen plenty of companies run by great designers who’ve come up with some great ideas but which have quickly gone bankrupt because they simply didn’t set reasonable budgets.

You need to make sure you have the right people doing the important things within the business. The company’s growing to a point now where Lisa and I can’t do everything ourselves, so we’ve made sure we have a great team around us. We have two great designers who effectively run the factory when we’re away, and we have some very good people on the production side too.

Finally, you need to have a strong vision for your company, and know what you want your products to look like. 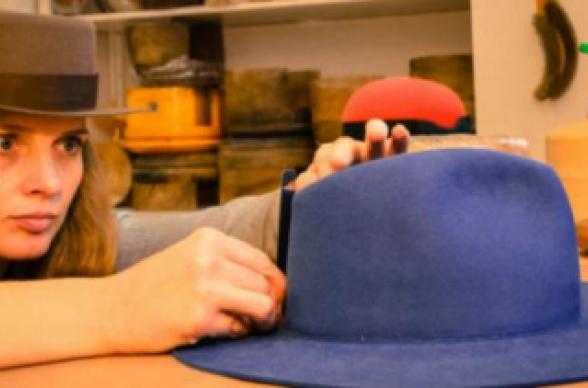 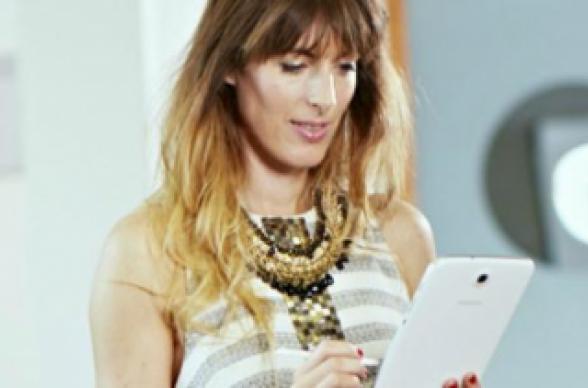