How to make social media work for you as an artist

The influence of social media in the art world is on the rise. We talk to artist, Maxwell Rushton to find out more.

The Hiscox Art Trade Report 2016 shows that a sizeable 38% of new collectors are influenced by social media when it comes to buying art. But what do the artists themselves have to say about the platforms that allow them to share their work? To find out, we talked to London-based artist Maxwell Rushton. Maxwell’s practice employs a wide range of media and explores a variety of themes, including psychoanalysis, homelessness and the obsession with and rejection of commercial culture.

We wanted to chat to him because he actively uses social media to connect with his audience, and has recently experienced viral recognition when a video of one of his projects was viewed over 30 million times. Here, he tells us about his social media successes, and advises artists on how to use these online platforms to benefit their own practice.

From communication to inspiration: a useful tool for artists

Although art is largely about the process of creating something, for many artists the process of getting their creation seen is almost just as important. By nature, my work tends to be relatively socio-political, meaning that I’m always considering the viewer throughout my creative process. I like to explore social media as one avenue to connect with people. Any type of media that filters information, be it social or otherwise, is also great for inspiration. By choosing which pages to follow, you’re allowing more of that type of information to find its way to you. Tailoring your social media platforms is a good way to expose yourself to the things that interest you and that strike a chord when it comes to those all-important new ideas. I like art and current affairs so I’ve made sure that a lot of that information comes my way to help inform my own practice, helping me to develop my ideas and techniques for art making.

Discover and be discovered: choose the right platform

When it comes to knowing which social media platforms to use, it’s best to look at the different functions of each and figure out what their strengths are. Facebook is great for sharing video footage and getting in touch with others by browsing relevant pages, which is what I tend to do. The good thing about Facebook is that it’s evolved over the years into so much more than it was originally intended to be used for. Today it’s a fantastic tool for discovering and accessing an almost endless number of organisations that could have the potential to benefit the practice of art. I’d say Facebook is the most practical platform for artists compared with other social media sites. It makes video accessible, so you can see art in action or even being made. It’s so interesting to watch and is second only to seeing it in the flesh. As an artist, this is a great way of letting people in to your creative process. 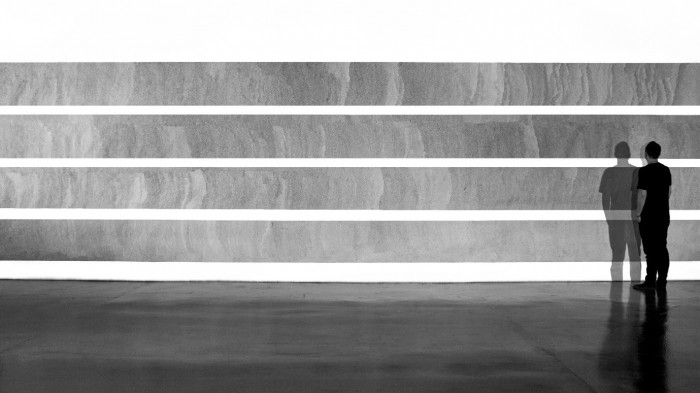 I also use Instagram, which I see as a kind of focus group to find out what works and what doesn’t. Its visually strong interface makes it a great platform for sharing work quickly and gauging people’s reactions.

The viral effect: put your work in front of millions

As well as videos and images of my work, I also post promotions of upcoming exhibitions on social media. It’s a good way to make sure people are aware of anything I’ve got going on and that they’re reminded closer to the time. But I’d say my main use for social media is as a tool for two-way communication to collaborate or share work. When you think about it, that’s what social networking is all about, as the name suggests. So far, three of my larger projects have included an accompanying video, making them very social media-friendly. One of these projects is called Left Out, and is a social experiment that involves a sculpture inspired by homelessness. With this project, I wanted to challenge and confront people with a topic that isn’t often talked about. The aim was to get people to face their prejudices about homelessness. I was keen to find out how they would react when put in an unexpected situation, which in this case was to come across a human figure wrapped in a bin bag, hunched over in the street. The idea started when I tripped over a bin bag as I was coming out of a shop and turned around to apologise to it, thinking it was a homeless person. A weird feeling of dread followed me for a few weeks after that and I wanted to create a visual cue that would offer the same impact.

I wanted the sculpture to look as realistic as possible – like a human being sat on the floor completely tied up in a black sack. When it was ready I took it to various locations around London and left it on the street, filming people’s reactions from a hidden spot. I then worked with filmmakers to create an impactful video, which I pushed out on Facebook and directly sent to pages I thought were relevant. I made sure the video had subtitles as Facebook’s auto-play settings mean that often people see videos with no sound. From first uploading it, the video was picked up quite quickly. The project ended up garnering a double page spread in the Big Issue and the video accumulated over 30 million views, plus 2.7million (known) shares. I think it was shared so much because it showed a crack in society in a very simple way.

Social media opens up the art world to a lot of people that might not otherwise be interested in it. A Facebook page called UniLad, which currently has 17.3 million followers, gave me a call to say they wanted to do a live stream of the Left Out sculpture on the streets. UniLad isn’t known for covering contemporary art. In fact, quite the opposite, they usually share crude and humorous content, aimed at a millennial audience. But this piece seemed to resonate with them and they were keen to share it with their own fans. That’s when the piece started to get views in the hundreds of thousands, and then millions. I’d be surprised if Facebook’s new live feed application had ever been used for filming art before. It’s a good example of how art is now being seen in a different way, and is instigating global discussions outside of the usual art avenues. 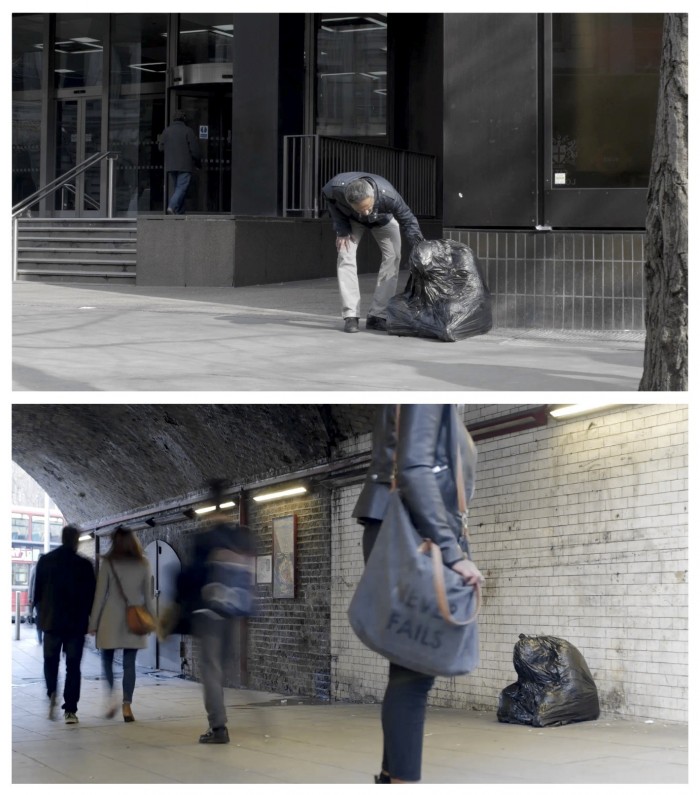 A new kind of critic: gain respect in numbers

If the masses think an artwork is worth sharing on social media it adds a similar kind of prestige that would be awarded to it if it was bought by a respected collector or exhibited in an established gallery. I think this is good for art because it eliminates the age old question that contemporary art tends to come up against, which is, ‘Am I just being asked to admire the emperor’s new clothes?’ Art is given a fair test when it’s put on social media. People are much more vocal and less exposed when speaking on the internet, so an artwork is given a good roasting if it’s found lacking. If I was going to give one piece of advice to artists looking to make good use of social media, I’d tell them to be nice to filmmakers and photographers. It all boils down to the fact that they can help document you and your work, making your social media presence really stand out from the crowd.

Find out more about Maxwell Rushton

Find out about Hiscox art insurance