Whether it’s art, furniture, ceramics or other highly collectible items; forging antiques has always been an attractive prospect for criminals looking for a high return on investment. We spoke to expert, David Harper, for his advice and experience on how to buy antiques, without falling for a fake.

Counterfeiting antiques, David Harper tells us, is nothing new. ‘The problem has been with us for as long as humans have loved buying artwork,’ the antiques expert, author and broadcaster explains.
‘There are accounts from ancient Greece complaining about fakes being sold in auction and many a British noble was unwittingly sold an expensive fake Roman marble sculpture whilst on their 18th and 19th century Grand Tour of Europe.

There’s nothing much new in the world of fakes and forgeries, apart from new ones coming into the market at a constant rate.’

Antiques are, strictly speaking, any variety of item over 100 years old. This means that classifying the ‘tells’ that could give away a fake or forged antique is near impossible. While it might be the brush stroke on a piece of ceramic, it could be the chemical ageing of a canvas used for a work of art, or the screws used to form a piece of furniture. The tell-tale signs of a fake are as ample as the kinds of antiques that are forged.

But David explained some of the most common pitfalls of buying antiques through one illuminating anecdote:

‘One wealthy client of mine fell into a terrible trap and spent tens of thousands of pounds on an almost worthless collection of “antique” Chinese Jade carvings,’ David began.

‘He’d been on holiday and during a visit to San Francisco he came across a large and seemingly up-market art and antiques gallery that was closing down.

The owners of the gallery who had (apparently) been there for many years, were – due to family health problems – having to sell up quickly. The gallery was huge and my client, who is a very successful businessman, saw a great opportunity when he was offered a 90% discount off the gallery’s prices. He didn’t hesitate and bought eight large jade carvings of Tang Dynasty style horses, several smaller versions and a number of equally large Chinese bronzes. They all (according to his receipt) dated back to the 19th century. 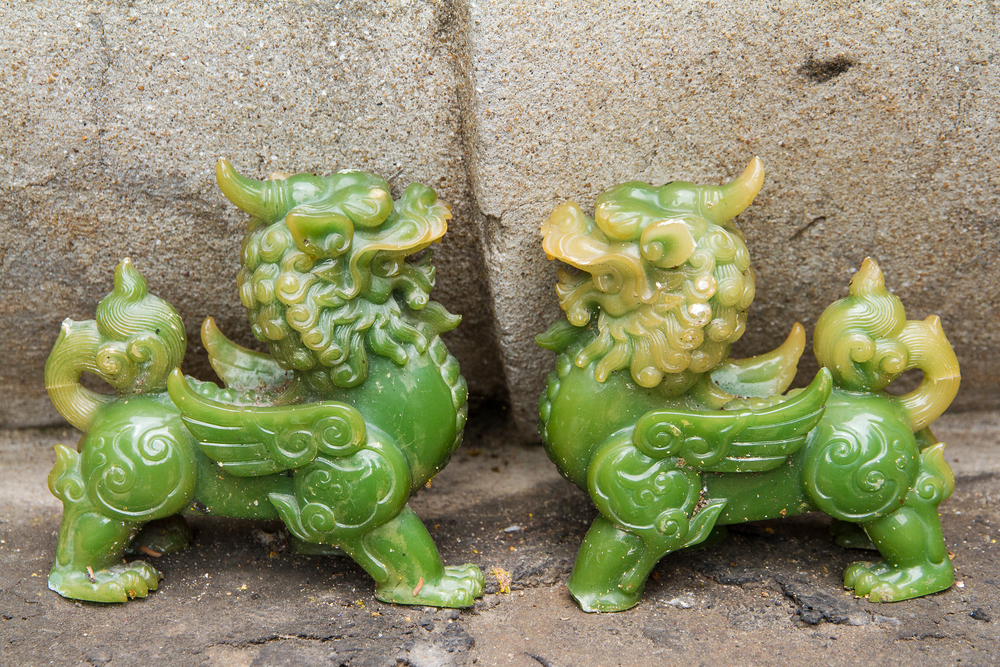 Because of their size and weight, the collection cost several thousands of pounds to ship back to the UK, but it all seemed like money well spent.’

‘My client called me when the collection was on the high seas and we agreed a fee for me to visit once it was all unpacked and displayed at his home, ready for my valuations. He wanted to sell the collection on and we were both excited at the thought.

Housed in his stable block, the collection of jades and bronzes were spread out in a gallery-like setting.

From 20 feet away, I was taken aback by the sheer size of these pieces. It almost felt like an Indiana Jones moment, seeing an immense and priceless treasure for the very first time… but as I got closer to the collection, I could feel my heart sinking. Once up close, and after a couple of minutes examining in complete silence, I knew that everything we were looking at was brand new. The carving on the horses was rough, sharp and much more detailed than it should have been. I could see the machine marks where air-power tools had been used to cut and shape the stone.

It was obvious to me that these were fakes, but only because I’d seen this type of thing too many times before. An antique piece of Jade will be smooth, often pebble-like – not nearly as detailed as you’d think due to the difficulty in carving by hand.’

‘These pieces had been carved in recent years, even months,’ David continued.

‘Even worse was the fact that the Jade wasn’t actually Jade. It was far softer, far cheaper, far more common and much less valuable: soapstone!

To prove this to my client, I took a pound coin from my pocket and gently scratched the surface of the carving, leaving a tiny, but noticeable white cut in the stone. With Jade, or any other hardstone, this would be impossible to do. The coin would glide over the surface. No matter how hard you tried to break it, it would leave no cut or mark whatsoever.

A simple test, that had my client known, would have saved him a small fortune.’

How to hunt down antiques with confidence

While you might not think you’d be susceptible to such as scam, we’ve all heard the appealing tales of people finding priceless Picasso’s in their attics, or buying valuable pottery for a pittance from a second-hand market. And to a collector, being offered what could be the deal of a lifetime, might seem irresistible.

‘You’re more likely to find a piece of treasure in your own attic than at a car boot sale.’ David advises, ‘Stories of genuine finds at sales like this are very rare indeed, but stories of being sold a fake are every day occurrences.

The best advice for long term investment and pleasure, is to pay the going rate from a recognised dealer or auction room, who will supply you with an official receipt and guarantee of authenticity.

Online sales are growing hugely and it’s fine to bid online, but make sure it’s through a known auction house with a good reputation, long track record and where they guarantee authenticity. For safety, simply avoid any other online auctions.’

Purchasing antiques should be an experience you enjoy. And while there are counterfeit pieces out there, David is confident that by following the right advice, your chances of purchasing a fake antique are slim.

‘It’s very easy when reading about fakes to be put off buying a beautiful antique item, or any artwork, ever again, but in fact it’s as safe as houses. Just avoid trying to short circuit the system to attempt to bag a bargain! Simply decide to buy from the right source. You may be paying top price on the day, but peace of mind and long-term investment is much more important than saving a few pounds in the short term’.

Whether it’s a precious collection of jewellery, or a prized piece of furniture – if you have valuable antiques in your home, make sure they’re protected. Hiscox Contents Insurance offers unlimited cover for all your possessions, giving you the knowledge that should the worst happen, your assets are covered.

David Harper is an independent antiques broker who has been in the business for over 30 years. To find out more about his experience and expertise, you can visit his website at www.david-harper.co.uk.