Daniel Gordon: an anatomy of a modern artist

With Daniel Gordon’s fiercely vibrant yet soothing works dazzling and delighting collectors, we find out how a modern artist manages to succeed in a competitive and mercurial art market

Daniel Gordon got his Master of Fine Arts from Yale; has been shown in the Museum of Modern Art, New York, and MoMA PS1; is a regular at Frieze; has found his way onto the walls of the Hiscox Los Angeles’ office (Philodendron and Nectarines, 2017); and remains at the forefront of contemporary photography today.

Now living and working in Brooklyn with his wife and fellow artist Ruby Sky Stiler, Gordon masterfully creates explosive photographs with a pop art-like colour palette that offer the viewer a feast for the senses. Take a good look and you’ll fast discover he’s not your average photographer and that his meticulous works of art present more than meets the eye. So just how did Gordon break the mould and get noticed in the process?

Gordon was born in Boston, MA, in 1980. ‘As a kid, I wasn’t all that interested in art,’ he explains. ‘It wasn’t until high school, after I had been very sick for a year and was having a difficult time reacclimatising to normal life, that I began making art. I started taking classes at the local community college, and convinced the principal of my school to let me convert an old janitor’s closet into a darkroom.’

While experiencing all the ups and downs that naturally occur in a young person’s career, the focus for Gordon was always the work, but he acknowledges the vital help he received in the early days.

‘I’ve been very lucky to have had support from a very young age – I was 20 when I had my first show. From teachers in high school and graduate school professors, to art dealers who gave me opportunities as a young kid – there have been so many people who have helped and influenced me in all kinds of ways. My parents were always encouraging, which, in retrospect as a parent now, is astounding to me.’

Recalling a particular piece of advice, Gordon says: ‘A professor once said that you have to build something up until it’s undeniable.’ Quite the artistic challenge, but one Gordon wouldn’t shy away from. ‘Basically, he was saying to work really hard and eventually people will catch on.’ 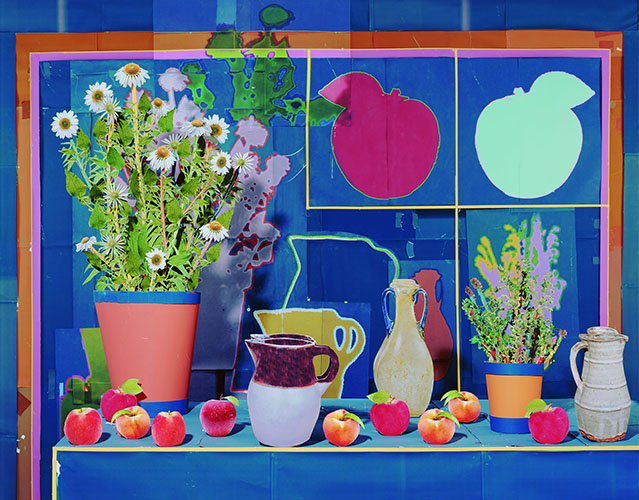 Starting out, Gordon didn’t have representation from a gallery, which he admits was both enlightening and tough. With galleries offering a platform to showcase work and provide a source of income to the artist, Gordon had to not only create pieces, but also market himself.

‘To take on a lot of those responsibilities and make art at the same time was a bit overwhelming. Though it was interesting to know the day-to-day, and understand more directly the behind-the-scenes of a gallery. I sold my first picture in 2000, for $300 – it was a huge amount of money for me! [Selling a work] felt amazing. Still does…’

In 2009, Gordon was part of a notable group exhibition at the Museum of Modern Art, and at MoMA PS1 in 2010. In 2014, he was winner of the internationally acclaimed Foam Paul Huf award, which ‘came at exactly the right time’ in Gordon’s career, catapulting him into the limelight. Gordon’s work is part of a three-person show at the Boca Raton Museum of Art until the end of April, and he is taking part in Cut! Paper Play in Contemporary Photography at the J. Paul Getty Museum in Los Angeles. 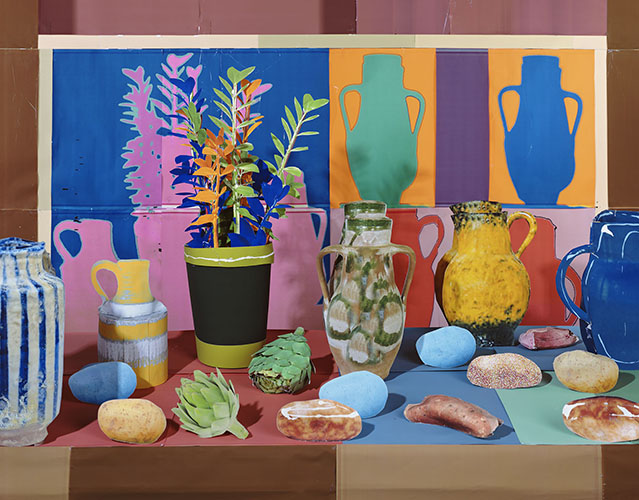 So what does it take to hang your works on such esteemed walls? Gordon has developed a distinct visual vocabulary that sets him apart from the crowd. ‘I suppose little pieces of every artist I admired enter the work in one way or another – but more than anything else, time, and persistently asking questions, is what [guides] my process. Over the years things evolve if you stick with them.’

Gordon appropriates images of common still-life objects (and sometimes portraits) found online – vases, fruits, plants – and combines these with forms he produces digitally. ‘I print the images on paper before cutting them out, and then assemble a three-dimensional tableau in the studio that I then photograph. In this way, I transfer my chosen materials from the online to the corporeal, and from the 2d to the 3d and back again.’

The resulting pictures recall the still lifes of Cézanne or Matisse, as well as German Dadaist collages, which Gordon says inhabit ‘an ambiguous pictorial space… oscillating between flatness and depth’. 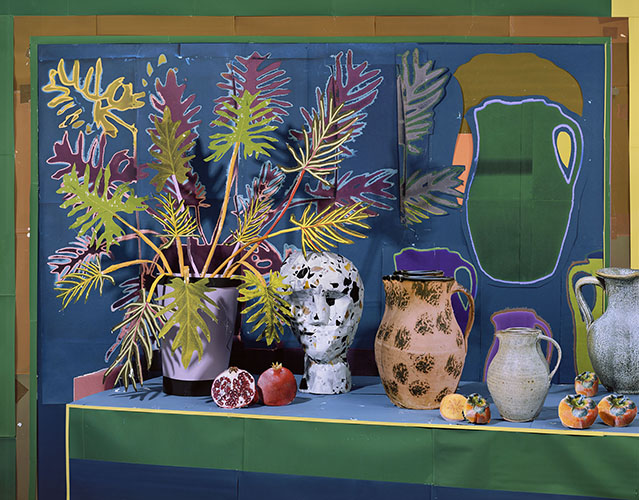 Gordon sees his work as a response to technology as it has leveled the traditional boundaries between different mediums. ‘As inkjet printing gained traction, painters, photographers and sculptors alike used it, and we all, of course, use the internet and computers in one way or another. I’m not interested in “tech” but I am interested in drawing out the expressive and mark-making capacities of the digital.’

Gordon began constructing his tableaux to be photographed long before digital technology offered the sophisticated tools it does today. But with the advent of this technology, Gordon’s method has been pushed and altered. He admits that the process used to be incredibly time consuming. ‘In many ways the labour was a big part of the meaning of the work. As time has gone on, my pictures have become more of a hybrid, referencing multiple mediums as well as time periods.’ 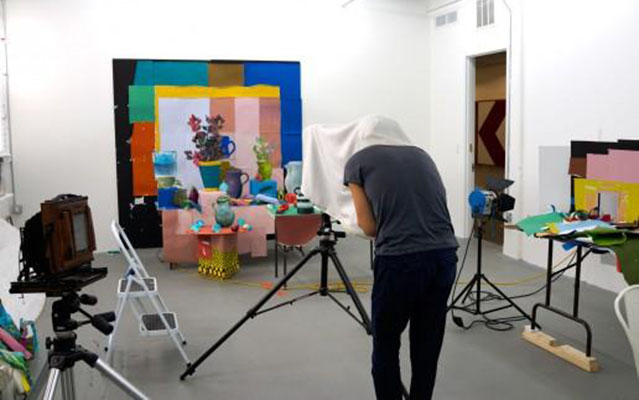 Gordon prints the images on paper and then assembles a three-dimensional tableau in the studio. Photo: Daniel Gordon

By embracing technology, while staying focused on the things and people that genuinely interest him, Gordon continues to be a force to be reckoned with in the contemporary art world. When asked what he thinks makes a good work of art, Gordon’s answer is deceptively simple: ‘In a word, transformation.’

Find out more about insuring your art collection